Its a proud moment for Kannada Community in UK!! Mr Suresh Gattapur has won the West Swindon Parish – Westlea Ward Council Election!!
Suresh Gattapur works as a director in one of the software company. 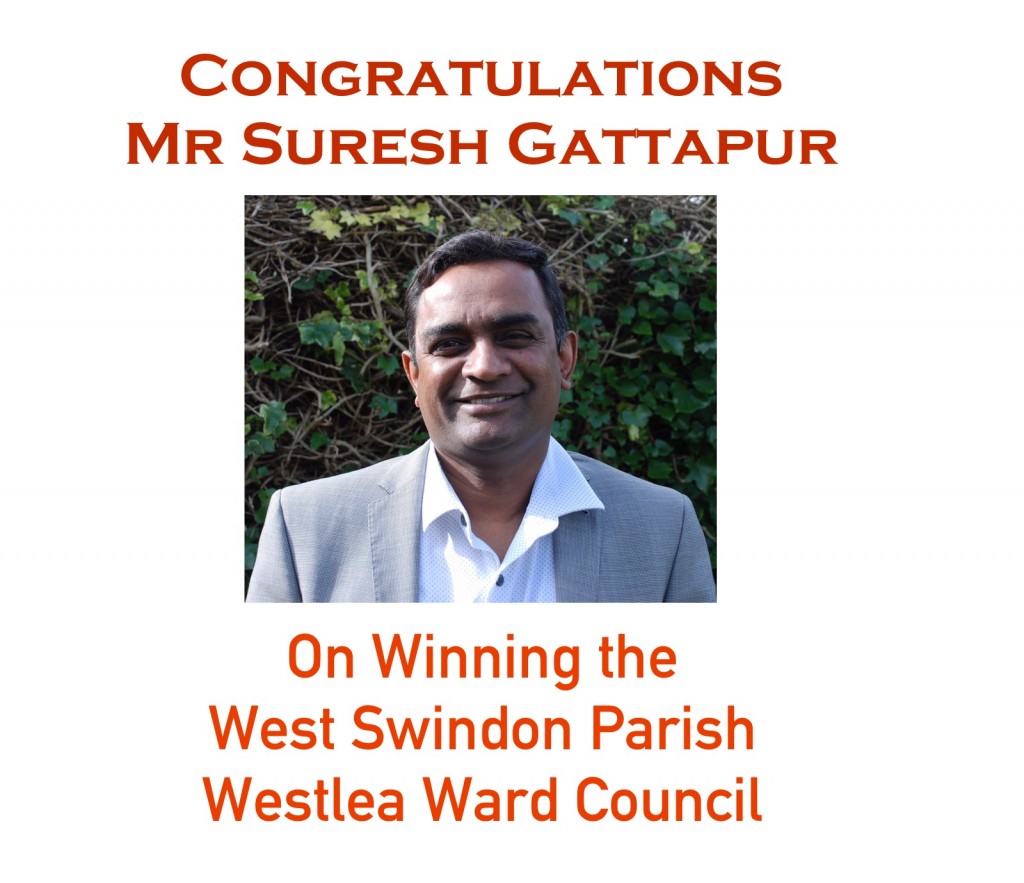 On winning the election, this is what Suresh had to say:

Conservatives party and swindon Hindu temple proposed my name to contest local elections for west swindon council elections. During this elections all my Kannada friends helped in campaigning the area. I defeated the candidates who were a councillors from last 20 years, this is my first election and I am proud to be a Kannadiga to represent our community

This is indeed a proud moment for the Kannada Community in the United Kingdom!
We wish Mr Suresh Gattapur all the best!!

Team KannadigaruUK would like to extend special thanks to Tazaa Tindi (Sushena and Rashmi) for sponsoring Harrow/Pinner Kannada Kali with special snacks for the each session. You can check out […]

We are proud of our Kannadati in United Kingdom Mrs Veena Patil who has won Mrs Classic Universe 4th runner up in Sofia Bulgaria. She is from Gadag, Karnataka. She […]