Renowned Kannada film Director Mr Nagathihalli Chandrashekar was honoured by The Lambeth Basaveshwara Foundation in London on 23rd October 2015.The former Mayor of Lambeth Dr Neeraj Patil had invited him on behalf of The Foundation for his contribution towards promoting Kannada culture and heritage.

Mr. Nagathihalli Chandrashekhar is a renowned Kannada director, actor, screenwriter and a lyricist in Kannada Cinema.He made his film debut as a screenplay writer in Kadina Benki (1986), which won the National Film Award for Best Feature Film and the Karnataka State Award. His directorial debut was Undu Hoda Kondu Hoda(1991) for which he won the Karnataka State Film Award for Best Story. Three of his films, Kotreshi Kanasu (1994), America America (1995) and Hoomale (1996) won National Film Awards and his other film Amrithadhare (2005) won him a Filmfare Award. Dr Nagathihalli Chandrashekar is also the recipient of the prestigious Puttanna Kanagal Award.

This is the first conceptual statue to be approved by British Government in the vicinity of British Parliament as a mark of respect to 12th century Indian Philosopher and social reformer Basaveshwara for promoting democratic ideals and gender equality during the 12th century.The statue was unveiled by Prime Minister Modi on 14th November 2015.

KannadigaruUK would like to extend Big Thanks to Lambeth Basaveshwara Foundation and former Mayor of Lambeth Dr Neeraj Patil for hosting this event and all the Kannadigas attended the event. 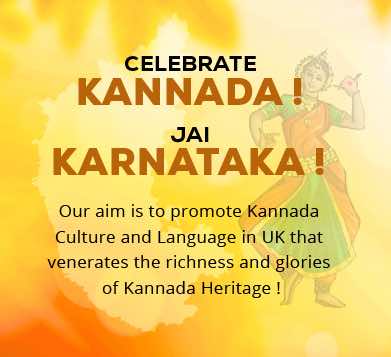